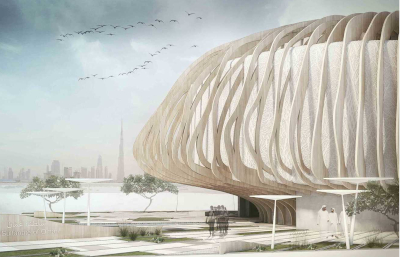 The international mega-event will run from October 1, 2021 to March 31, 2022, a postponement that will allow all participants to recover from the impact of COVID-19 and the World Expo to focus on a collective will to think differently to identify solutions to the greatest challenges of our time.

An enchanting experience inspired by frankincense. Traverse thousands of years of Omani progress and international collaboration.

Oman’s ‘gift to the world’, frankincense has played a vital and varied role in the nation’s development from ancient times to the present day.

The Oman Pavilion pays tribute to this precious resin, with its exterior resembling the tree that produces frankincense. Inside there are five zones detailing the diverse ways in which frankincense has benefited Oman – spanning everything from medicine to food to cosmetics. . 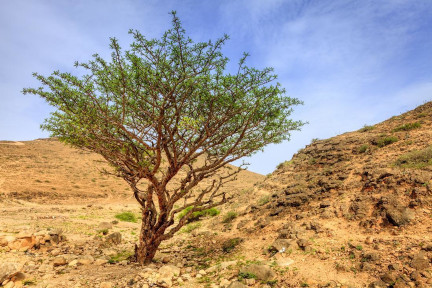 Frankincense, an aromatic resin, has long played a role throughout history. For more than 6,000 years, it has been traded on the Arabian Peninsula, as well as used in religious rites throughout Mesopotamia and the Eastern Mediterranean. Even noted in the Bible, the Three Kings of Bethlehem presented a new-born Jesus with three gifts: gold, myrrh, and, of course, frankincense.

But what is it about the resin obtained from various species of Boswellia trees that has scientists reexamining its properties?

In a newly published paper in Nature Chemical Biology , LSU College of Science researchers Marcia Newcomer, Erin E. Schexnaydre, and Nathan Gilbert, along with colleagues from the University of Jena in Germany, have clarified the molecular mechanism behind an anti-inflammatory effect of a natural product found in the frankincense resin.

A research team has clarified its effect 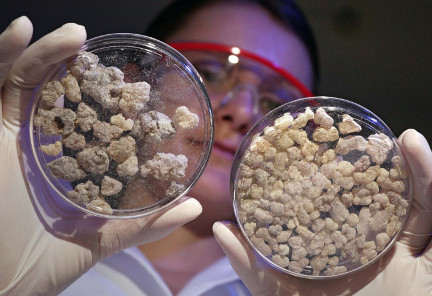 Once upon a time, the Three Kings brought precious gifts to the new-born baby Jesus: as well as gold and myrrh, they also had frankincense in their bags. "Even today, frankincense is a valuable gift," says Prof. Oliver Werz of Friedrich Schiller University - although he is not really thinking about the biblical meaning of frankincense.

"The resin extracted frnom the bark of the frankincense tree contains anti-inflammatory substances, which make it suitable for the treatment of diseases such as asthma, rheumatoid arthritis or neurodermatitis, among others," he explains.

Pharmacist Werz and his team have been investigating the anti-inflammatory effect of frankincense resin and its components for several years.

The Environment Society of Oman (ESO) signed a Memorandum of Understanding (MoU) with Neal’s Yard Remedies, an award-winning natural and organic health and beauty brand, launching a Frankincense community outreach and tree planting campaign in the Sultanate.

Aimed at safeguarding the future of the Omani frankincense trees (Boswellia sacra), this campaign kicked off in Sadah, Salalah, where more than 500 Boswellia sacra seedlings were distributed to participating local farmers and harvesters, students, and community members. Additional tree planting will take place over the next couple of months in the town of Mirbat.

from the natural resin of Frankincense from Boswellia 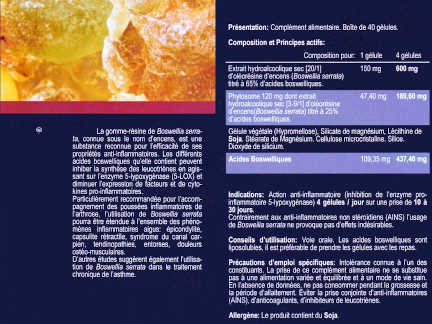 Europe : France. Particularly recommended for inflammatory attacks, the use of Boswellia can be extended to all inflammatory phenomena.

A French pharmaceutical laboratory markets a food supplement from the natural resin of Frankincense from Boswellia. 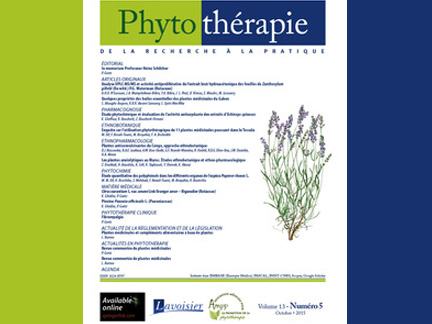 Nowadays, because of the industrialization, a lot of contaminant were available ; the consequences of this availability are apparition of diseases including neurodegeneration.

Neurodegenerative diseases of the human brain comprise a variety of disorders that affect an increasing percentage of the population. This study is based on the effect of the Boswellic resin, which is from a medicinal plant and known for its antioxidant effects on nerve cell damage.

The objective of this work was to evaluate the in vitro and in vivo effects of the Boswellic resin on anticholinesterase activity and Alzheimer’s disease (AD) induced by D-galactose and aluminum tetrachloride in Swiss mice. 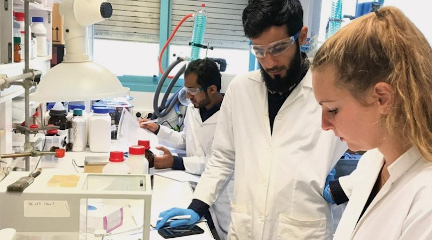 From its reverence during ancient times, to its emergence as an essential perfumery, to becoming a potentially life-saving element in modern organic medical science, the Boswellia sacra, or Frankincense is an example of Omani flora that has the potential for significant economic diversification opportunities according to French scientist, Dr Nicolas Baldovini.

Holding a special place in Oman’s culture and traditions, its resin has significant potential for medicinal development, and to this end, the Natural and Medical Sciences Research Center (NMSRC) of the University of Nizwa, in collaboration with the French Embassy in Oman, organised an internship for three young Omani researchers at the University Cote d’Azur, in Nice, in the South of France.

The history of frankincense of Oman 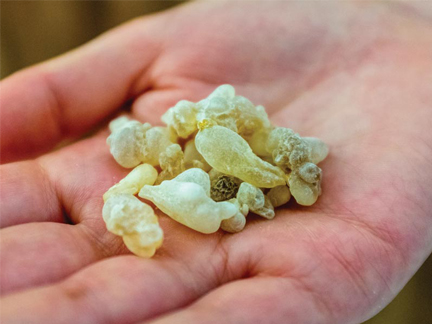 Aftab H. Kola invites us to the land of incense to shed light on the fragrant cultural history of traditional Omani incense burners.

For centuries, the southern part of Arabia has been reputed to be fragrant. Greek, Latin and Arab authors have written tales of a land full of smells and spices. The Dhofar region of Oman has UNESCO `` Land of Frankincense '' status and is known for the high quality gold of its soft golden resin, while the bukhoor (oud) - the indelible scent from Arabia - and smoke from other rich varieties of incense can be found in every souk or local market and in every Omani house, contained in a humble container with a long and equally rich history.

Oman, the scent of incense and bukhoor permeates the air - whether in government buildings, commercial establishments and shops. Omani houses are censored daily, with traditional traditional incense burners smoldering for emanate their sweet and flourishing scent throughout the space. 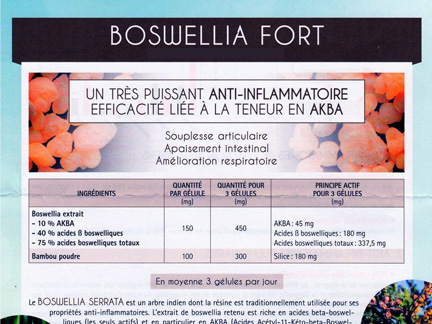 Europe : A Luxembourg laboratory has just put on the pharmaceutical market an anti-inflammatory based on natural i>> Document techniquencense.

BOSWELLIA SERRATA is an Omani tree whose resin is traditionally used for its anti-inflammatory properties. The selected boswellia extract is listed in beta-boswellic acids (the only active ones) and in particular in AKBA (Acetyl-11-Keto-beta-Boswelic acids).

AKBA is 2 times more active than other beta-boswellic acids.

Treatment of renal stones with frankincense 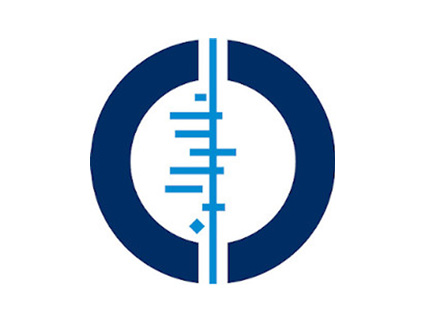 Interest from pharmaceutical companies has created a third market for Frankincense. Since ancient times, it has been used in folk medicine for its antiseptic, antiarthritic and anti-inflammatory effects.

For this reason, olibanum has attracted increasing attention from scientists over the past 20 years to better define its medical effects and identify the constituents that are responsible for these effects.

Animal studies and pilot clinical trials support the potential of B. serrata gum resin extract (BSE) for the treatment of various inflammatory diseases such as inflammatory bowel disease, rheumatoid arthritis, osteoarthritis and asthma. In addition, in 2002, the European Medicines Agency classified BSE as an `` orphan medicinal product '' for the treatment of peritumoral brain edema. 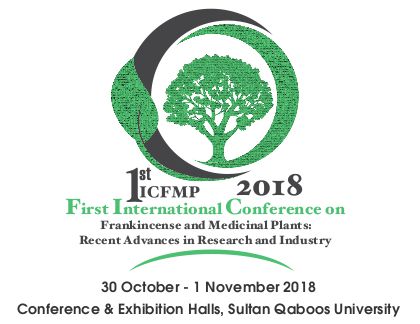 Given the growing interest in the discovery of new drugs from medicinal plants in general and frankincense in particular, coupled with the need to better link universities with industry, it is important to highlight recent progress in this area.

This inaugural conference aims to promote an exchange of knowledge and information on medicinal plants and incense to establish links between producers and consumers of natural products on a global scale.

The secret of the smell of frankincense

The research team led by Nicolas Baldovini at the Institute of Chemistry of Nice (UNS, CNRS) France has just discovered the components of incense.

This discovery will allow us to reconstitute in a synthetic way this characteristic smell which dates from more than 6000 years, without having recourse to the natural resources and to be able to use it in perfumes.

Surprisingly, despite its long history and the great amount of research devoted to it, we still did not know the exact nature of the molecules which give frankincense its characteristic fragrance. Nicolas Baldovini and his team at the Nice Institute of Chemistry (CNRS / UNS) - specialized in perfumes - have just managed to identify them for the first time.