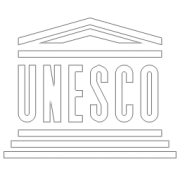 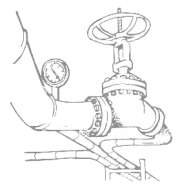 Economic news
The beginning of the era of oil, black gold supplanting white after the World War II. The fatal blow for the mass Omani export of frankincense was delivered by the development of a synthetic substitute.

Discovery of a new world
Marco Polo
recorded in his journal that Al-Mansura (Al Baleed) was engaged in exporting both white incense and horses with China.

Routes maritimes
From Dhofar to China
From the first century ships were plying their periplous route laden with aromatics. Maritime routes from the Arabian Gulf to South China Sea.
Do you know what Hong Kong means?
Etymology of Hong Kong’s name (fragant harbour) relates the reception and processing of incense.

Roman economic crisis
The economic crisis within the Roman Empire meant that demand for frankincense and other eastern luxuries went into steep decline. This marked the fragmentation and weakening of the incense kingdoms of southern Arabia.

The event of Christianity
At the time of the birth of Jesus Christ, who was given frankincense, as well as myrrh and gold, the incense trade was at its height.

Alexander the Great was so enthralled by the prospect of owning the means of production of frankincense that he considered adding Arabia to his conquests. Only his death prevented him from fulfilling his ambition.

nabatéens The grandeur of the Nabatean cities flourished, as Petra gained profits from the Arabian incense trade by selling to the Greek and then Roman Empire.

In Wadi Rum (south of Petra), a 3,000-year-old cave paintings depict camel caravans passing through the valley and the bandits who preyed on them.

The peak of incense

Rome The sacred incense was an indispensable element of imperial culture for devotional and state ceremonies. During the Roman Empire, 2.5 to 3 million kilogrammes of frankincense were reported to have been exported to Rome from Southern Arabia.

Persia In Persepolis and Susa (modern day Iran), frankincense was a prized commodity. Monuments at the Persepolis show King Darius I himself offering incense.

950 BCE. A visit by Queen Sheeba to King Solomon was to test his wisdom but almost to secure an agreement on frankincense and myrrh..

Sayhadic Incense trade saw growth of several kingdoms and its decline meant their extinction. These kingdoms emerged to the west of Dhofar (an area known in Middle Age as the Sayhad).

Incense offerings in Egypt
In the wall reliefs of a Karnak temple, artwork depicting Ramses II offering an incense.

Egypt and its pharaohs
Queen Hatshepsut commissioned a big temple which she described as “a garden for my father Amun”. The temple was lined with incense-bearing plants including myrrh (and most likely, frankincense).

Spiritual incense
In temples for the Babylonian sun deity Baal and the Greek god Apollo, frankincense was burnt in large quantities as a chemical substance with the power to bring devotees close to their divinities.

The incense route
By 2000 BC, caravans were using the main south-north route following the coast of the Red Sea. The journey covers as much as 2,400 miles linking production areas with markets.

Babylon The Babylonians living in the Fertile Crescent region around 3000 to 600 BCE imported frankincense from Africa.

Egypt For almost thirty centuries, Ancient Egypt was the dominant civilization in the Mediterranean world, and perhaps the main frankincense consumers at that time

The earliest tangible record of incense use in Mesopotamia is an incense burner found in the ruins of a temple at Tepe Gawra, near Mosul in modern Iraq

Since frankincense plant distribution was restricted botanically to southern Arabia, the trade would necessarily have come northward either by land or sea.

Eastern Arabia by the third millennium BCE and most likely by circa 5000 BCE.

Dhofar region
Before 6000 BCE, monsoon rains disappeared in the Arabian region and frankincense trees prospered in the drought conditions. - C.Times of Oman -
news of frankincense
Crédits

Copyright 2020 - Adventures of a Globetrotter
All rights reserved